What’s Next for Real Estate?

One of the oddest chain reactions from the pandemic has to be the boom in the U.S. housing market. Today, 50% of all houses put on the market are purchased in fewer than one week, with the majority going for over the asking price. Home prices are at record highs; inventories are at record lows. The average home price, as measured by the S&P CoreLogic Case-Shiller 20-city index, rose 13.3% in one month, after a 12% jump the preceding month.

Many factors have contributed to this housing boom with one of the strongest being the historically low mortgage rates. Without this low-rate environment, it would be difficult for home buyers to confidently bid on homes at the current high prices. In addition, more of this demand for real estate has been generated by investors with 17% of all homes in April purchased by non-occupiers.

Does all this signal another housing bubble? There are a few important differences that distinguish today’s runup in contrast to the seeds of the Great Recession. For one, lenders are not handing out mortgage loans like candy, with zero documentation. Loans today are smaller in proportion to house values, and leverage is down on owners’ balance sheets. 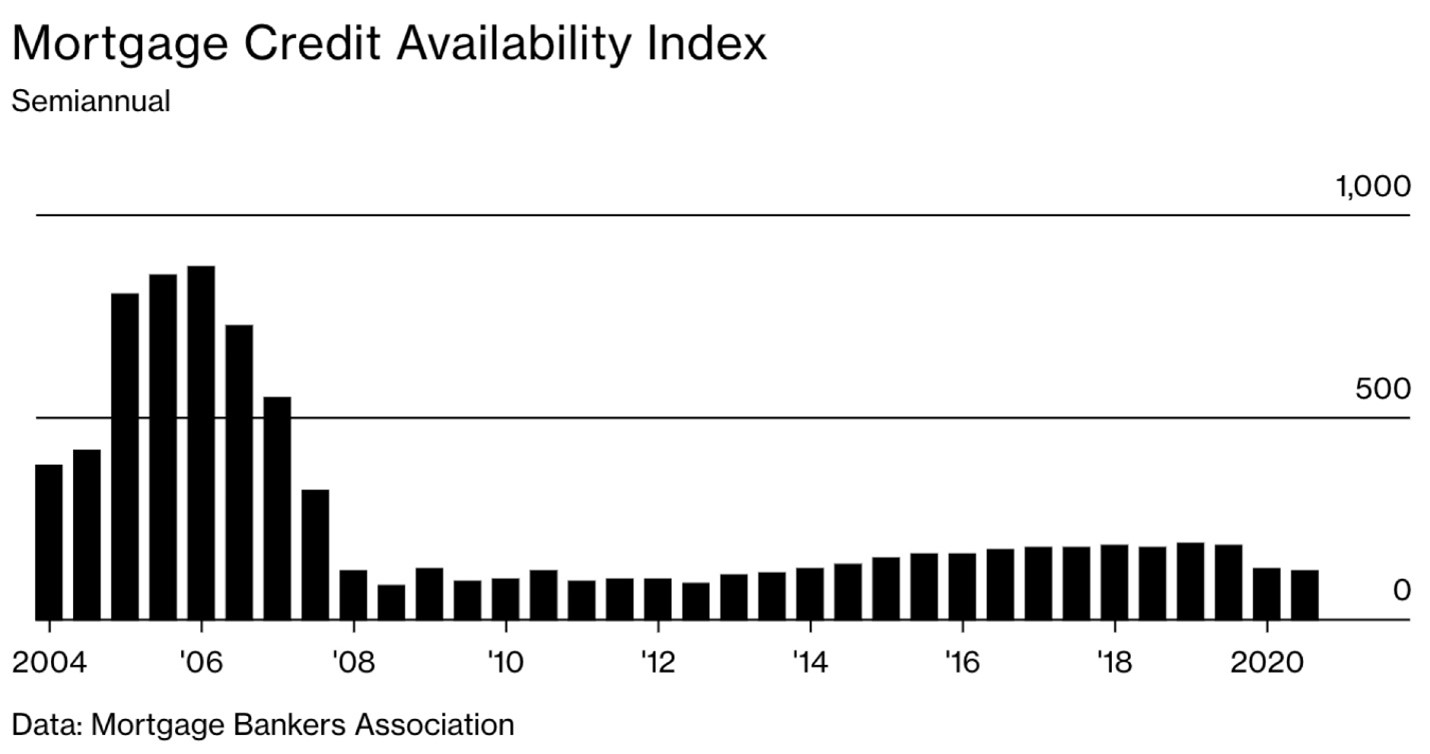 Furthermore, this low inventory timeframe is coupled with a generational shift in demand in America. Millennials, many of them too financially constrained to have bought houses at normal interest rates, are storming into the housing market, trying to end the trope of boomerang kids living in their parents’ basement.

Now this does not mean that housing prices will not collapse at some point in the future. The most likely trigger could be caused by a sudden rise in mortgage rates. But keep in mind that would not even trigger defaults; according to the Mortgage Bankers Association, just 0.1% of mortgage loans issued this year are tied to adjustable rates. That is compared to about 60% during the bubble years of the mid-2000s. And with the Fed telling us that they do not plan to raise rates for a few years, that could leave room for more of a run.

But just because lumber prices have dropped over (-50%) since their prior highs, do not expect your contractors to be lowering their own prices anytime soon…